LENT IS HERE... CHECK OUT THE LENT PAGE TO GET MORE INFO 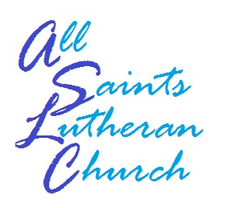 Lighting Of The Candles

Lighting of the First Candle - Hope

Lighting of the Second Candle - Peace

For many Christians unfamiliar with the liturgical year, there may be some confusion surrounding the meaning of the Advent season. Some people may know that the Advent season focuses on expectation and think that it serves as an anticipation of Christ’s birth in the season leading up to Christmas. This is part of the story, but there’s more to Advent.

The word “Advent” is derived from the Latin word adventus, meaning “coming,” which is a translation of the Greek word parousia. Scholars believe that during the 4th and 5th centuries in Spain and Gaul, Advent was a season of preparation for the baptism of new Christians at the January feast of Epiphany, the celebration of God’s incarnation represented by the visit of the Magi to the baby Jesus (Matthew 2:1), his baptism in the Jordan River by John the Baptist (John 1:29), and his first miracle at Cana (). During this season of preparation, Christians would spend 40 days in penance, prayer, and fasting to prepare for this celebration; originally, there was little connection between Advent and Christmas.

Today, the season of Advent lasts for four Sundays leading up to Christmas. At that time, the new Christian year begins with the twelve-day celebration of Christmastide, which lasts from Christmas Eve until Epiphany on January 6. Advent begins on Sunday that falls between November 27th and December 3rd each year)  Advent 2020 begins on Sunday, November 29th, and ends on Thursday, December 24.